America spent hundreds of millions seeking to re-educate the Afghan people and convince them of the wonders of the modern West. No wonder they encountered eye-rolls, head shakes and resistance. If only we’d do the same.

Among the various embarrassments of the American ‘interlude’ in Afghanistan were the amusing and wasteful attempts to reprogram that country’s ancient and enduring culture with the various irrational tenets of woke capitalism and neoliberal progressivism.

A video surfaced recently of one of these initiatives, showing Afghan women being taught about Marcel Duchamp and conceptualism, and the ‘hows and whys’ of his famous gallery entry of a public urinal being “an inspiring work of genius”.

The only truly telling thing about the video is the eye-rolling and head shaking from the Afghan women themselves, as the teacher shows them a photo of the toilet and tells them it started a “huge revolution”.

Their reaction is a kind of relief to witness for any sane Westerner, as these supposed foundational maxims are not often mocked with the natural derision they should be.

It’s a joy to get a glimpse, once again, of what we knew and felt when first confronted with these articles of deception as children, before endless programming and propaganda convinced us that they were somehow ‘artistically valuable’, and that the ‘concept’ behind the work is more important than the finished art object.

A whopping $787 million was spent on gender study programs in Afghanistan during the US occupation, seeking to ‘re-educate’ Afghans into becoming tamed, modern cubicle-people like us. That is likely only a fraction of the total cost wasted on the kind of nonsensical, crap art-and-culture lessons seen in the video, all of it only explainable as an act of spoiled naivety on America’s part, on a scale and level never before imagined.

But its failure was not merely in the lack of understanding as to the deeper culture these Americans were seeking to mould and infect with the sort of hyper-modern progressive values that only our elites actually believe. It is the failure to recognize that this education is worthless to anyone, in any country, at any level, and that they are merely lessons in conformity to obvious nonsense.

Yes, Duchamp got away with presenting a urinal as art. Is this a work of genius, or just one long pi**-take?

As with much of modernism, conceptualism is not a natural evolution of art, but a kind of manufactured quasi-political imposition. It is an artifact of entropy, and signifies the cultural twilight of a civilization in decline.

Globalist consumerism is a kind of materialist religion which counts high art and ascendant culture as among its ideological enemies. Its proponents pretend to be inclusive of ‘other religions’ but they are, by necessity of the system of international mass production and the resulting financial structure, against any parochial culture, folk art, native religion, or any impediment to a meaningless global consumerism. It is indeed ironic that, despite the progressive or neoliberal espoused hatred for religion, they are themselves a variety of religious fanatics.

Their root philosophy is (after relativism) entirely concerned with the material, with the economic, with humans themselves as nothing more than marks on an economic graph. The destructive anti-transcendent work they have carried out began in the 19th century with the creation of the corporation, and the application of industrial mass-production upon a trusting populace; divorced from the theological, the teleological, or the ethnological.

This materialist insanity has been in no small part reached thanks to the discarding of our traditional art for postmodernist carbuncles, urinals, lewd performance art, glass-box-buildings, and splatter-painting, which has left us all uprooted and devalued. The poor Afghan women, shaking their heads in disillusion (as I did myself as a youth attending art school), may be said, at least, to now be saved from this mass idiocy, and this ‘modern art’ which everyone (except the bourgeois status-signaller), hates so viscerally.

So, apart from the tremendous waste of money, or from the loss of face at the failure to ‘Westernize’ Afghanistan, the initiative to fast-track Afghans (or anyone) into our modernity only emphasizes, once more, how we ourselves have lost our way.

We currently have nothing to teach anybody.

Brendan Heard is an author, op-ed writer, painter, blogger, and designer who has worked in international media.

The Eclipse of Europe

Neofeudalism and its new legitimisers

The Lost Boys of the Modern West

America has been at war 93% of the time

About the creation of the money supply by the private banks

The Eclipse of Europe

Neofeudalism and its new legitimisers

The folly of teaching Afghan women about Duchamp’s porcelain urinal and...

Lebanese-German: „Give Me Back My Old Germany!”

Recently me and my wife went to Paris for the weekend. We will never make such mistakes! 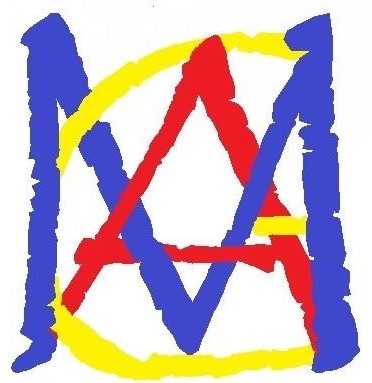 39 Interesting Facts That I Learned about Romania